YOUR KEY TO SUCCESS

At Corpus, we believe bespoke cross-cultural learning is key.

Sports in Spanish and Taiwanese Cultures

Soccer, or football, is almost like a national religion for many Spaniards. When I studied in Madrid, I learned that whenever Real Madrid, the main local club, wins an important event, such as the Champions League, the locals will go out and celebrate in the street or at the famous Cibeles fountain. The fans’ love for the sport is a fuel for the economy as well as an important support for the players. Stadiums become popular tourist attractions, and the merchandises can be seen everywhere in the city.

Taiwanese are crazy about baseball, not soccer. This sport was introduced during the Japanese colonization. When a Taiwanese team made it to Koshien, also known as Japan’s Field of Dreams, baseball became the pride of Taiwan.

Another important feature of Taiwanese baseball is the cheerleaders. Heavily influenced by Japanese baseball culture, Taiwanese cheerleaders can be seen by the fields leading chants and dance moves to lift the spirits of the players and the audience. For many overseas baseball fans, watching baseball in a Taiwanese stadium would be an unforgettable experience.

The professional baseball league in Taiwan is CPBL, and currently there are five clubs, including Brothers, Monkeys, Guardians, U-Lions and Dragons. In 2020, Taiwan was the first in the world to restart baseball amid pandemic, drawing media attention from all over the world. If you happen to visit Taiwan between March and October, don´t miss the chance to experience Taiwanese baseball in a stadium!

Linda Wang graduated from the Department of Foreign Languages and Literatures of National Taiwan University, where she studied English and American literature, Spanish literature and Latin-American literature. During her study, she went to Madrid, Spain as an exchange student and started her backpacking experience, including a trip to The Portuguese Way. She is now a freelance translator and English consultant at Corpus. Her passion is observing the similarities and differences across cultures through travelling and reading.

Traditional Egg Dishes in Spain and in Taiwan 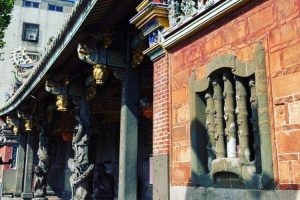 Midsummer Festivals in the US and in Taiwan 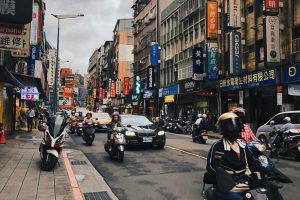 The Scooter Scenery in Taiwan